What are the alternatives to new road crossings?

Before building new roads, much more must be done to make new journeys possible by public transport. Currently travelling from boroughs in east and south-east London to the other side of the river involves long and circuitous routes. New public transport connections will reduce the demand for existing road crossings and negate the need for wasting billions of pounds on further congested and polluting roads.

The eight boroughs on either side of the Thames to the east of Tower Bridge are currently served by the following public transport connections:

These are currently the only public transport links to the east of Tower Bridge for pedestrians, cyclists and bus/rail passengers.

Only one significant new public transport project is in the pipeline for east and south-east London:

Transport for London are consulting on route options for extending the London Overground to Barking Riverside. Let them know by 21 June 2015 that you think it should be extended across the river to Thamesmead and Abbey Wood. There is also a petition to demand this new public transport link. 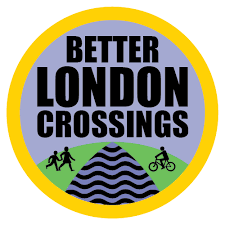 Proposals in recent years have included:

East and south-east London need new sustainable public transport plans to be developed before new polluting roads are even considered.

Find out more about the alternatives

We need your support

Find out about our five-minute actions which make a real difference. Sign up for our monthly e-bulletin along with thousands of others.